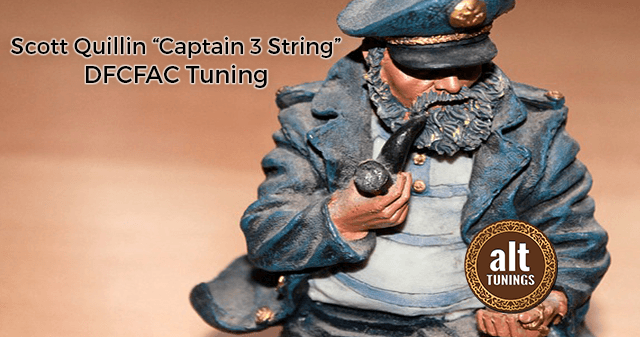 Get your FREE 36-chord Guitar Tunings Chord Charts of open tuning DFCFAC (Open D m7) Tuning in the Key of F Major below, in 4 different formats!

Tonight’s song/idea, “Captain 3 String” is in the key of F Major.

You may have guessed it – I’m only playing on 3 strings for tonight’s song/idea (strings 1-3). I recorded a short progression of 3 chords and looped 5 live guitar parts with my trusty Infinity Looper by Pigtronix.

While I only play 3 strings, I’m including chord charts that have all the notes on all the strings for Open D m7 Tuning in the key of F Major. 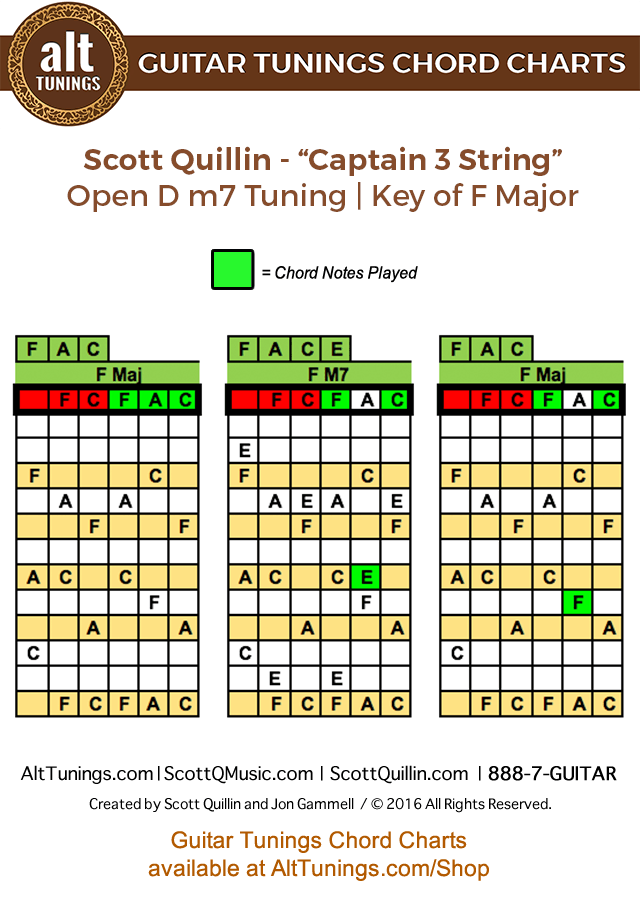