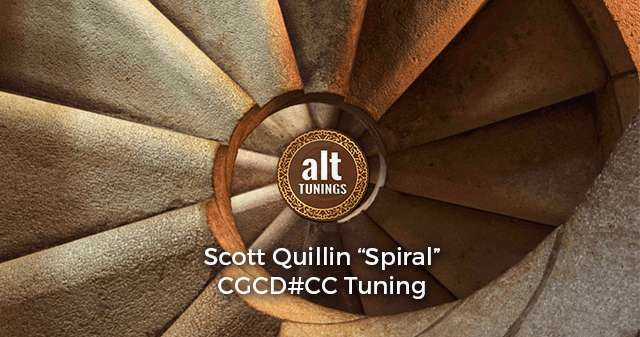 Get your FREE 36-chord Guitar Tunings Chord Charts of open tuning CGCD#CC (Open Cm) in the Key of D# Major below, in 4 different formats!

Tonight’s song/idea is titled, “Spiral” and is in the key of D# Major (C Aeolian Mode).

If you’re not familiar with modes, or if modes are confusing to you, then maybe this explanation will help.

The modes of all major scales are:

Since “Spiral” focuses on the C note and the note C is the 6th note of the D# Major scale, I’m playing in C Aeolian. The Aeolian mode is also known as the Natural Minor scale.

To help clarify further, if I focus on the note “F” which is the 2nd note of the D# Major scale, I would be playing in F Dorian. Focusing on the note G means I’m playing in G Phrygian and so on.*