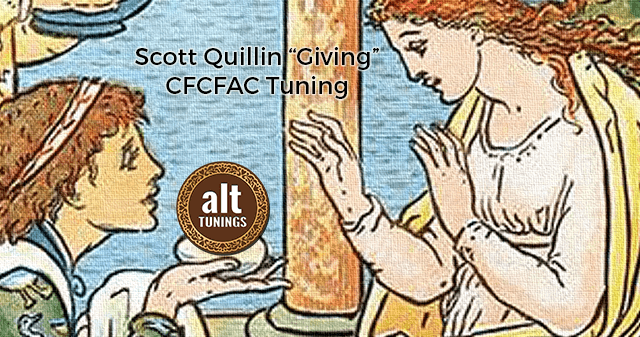 Get your FREE 36-chord Guitar Tunings Chord Charts of open tuning CFCFAC (Open F) Tuning in the Key of F Major below, in 4 different formats!

Tonight’s song/idea, “Giving” is in the key of F Major.

Oh, am I feeling it tonight. I took some time this afternoon to unplug and get away for a few hours. After teaching bass this afternoon, I got a late start on tonight’s tuning.

I just want to say “Giving” was not anything I wrote intentionally. I had a few ideas then this one just came out. Hope you enjoy it!