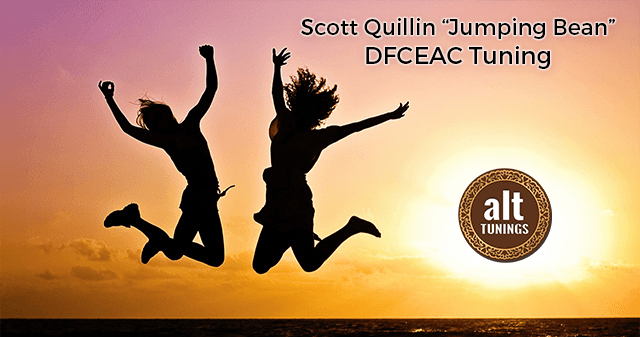 Get your FREE 36-chord Guitar Tunings Chord Charts of open tuning DFCEAC (Open D m9) Tuning in the Key of F Major below, in 4 different formats!

Tonight’s song/idea, “Jumping Bean” is in the key of F Major.

Sometimes when I’m experimenting in a new tuning, a song/idea just jumps out at me. “Jumping Bean” is one of those that just happened, but not right away.

I had another idea that I was going to play. But it sounded similar to another one of my songs, so I just tried something else and the rest is history.

The melody is unusual for me — the style is something I’ve never played before.

Hope you enjoy it! 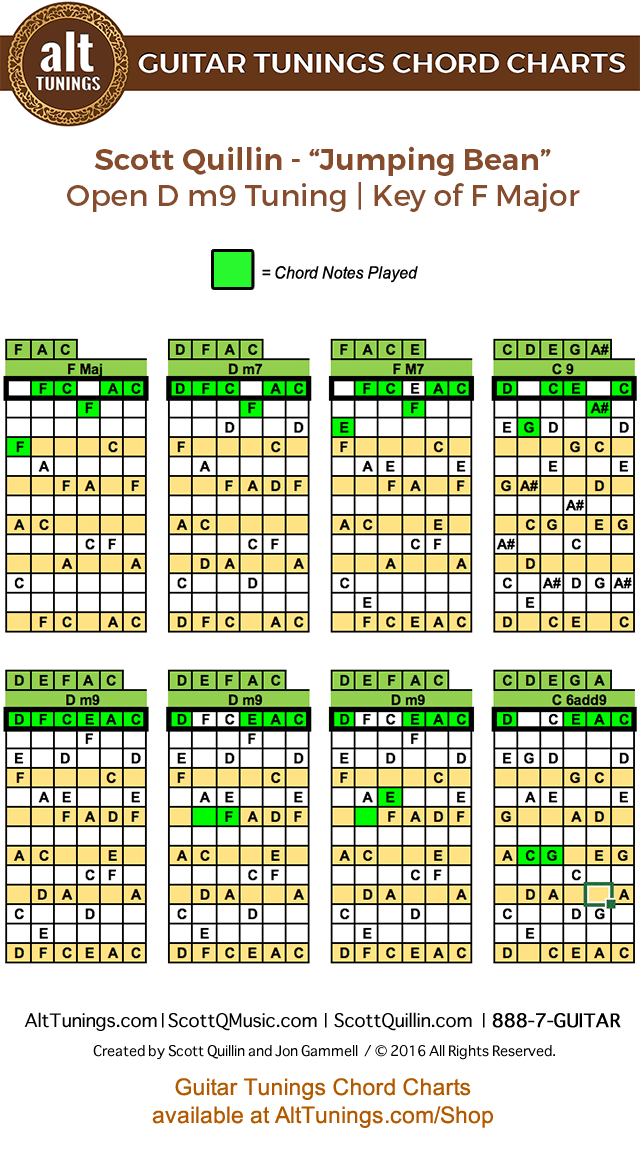