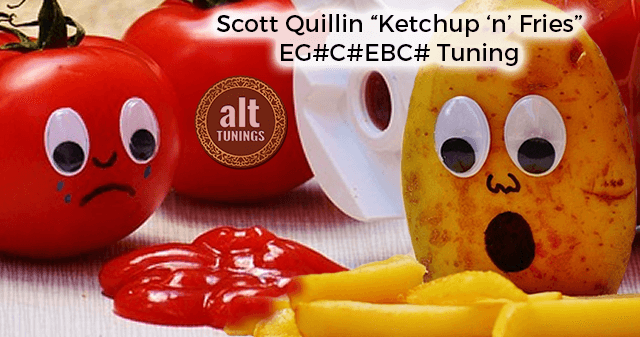 Get your FREE 36-chord Guitar Tunings Chord Charts of open tuning EG#C#EBC# (Open E 6) in the Key of E Major below, in 4 different formats!

Tonight’s song/idea is titled “Ketchup ‘n’ Fries – 2 things I haven’t had in quite a while! I have exceeded my lifetime allotment.

The syncopated rhythms and off-time playing make this track unique from anything I’ve recorded all year. I had another idea in this tuning that was mellow, but it was similar to something I had already done.

This track features drums and bass – and a guitar that really needs some new strings!

Hope you enjoy “Ketchup ‘n’ Fries” (the song, not the food)! 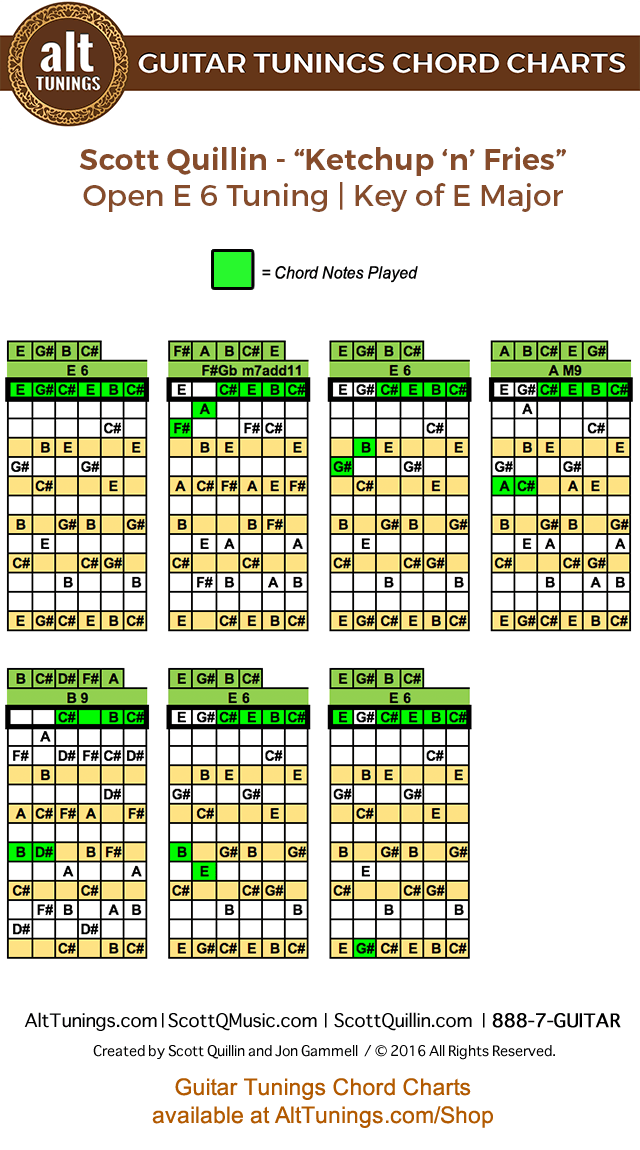