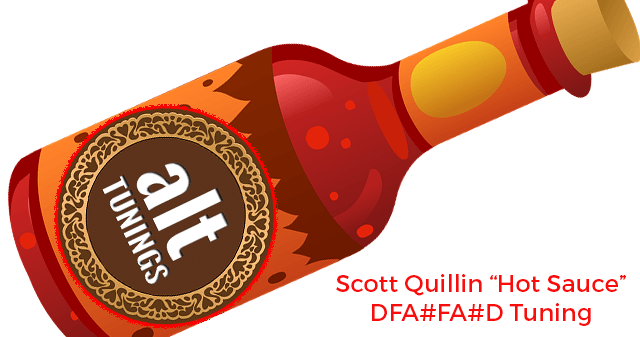 Get your FREE 36-chord Guitar Tunings Chord Charts of open tuning DFA#FA#D (Open A#) Tuning in the Key of A# Major below, in 4 different formats!

Tonight’s song/idea is titled “Hot Sauce” in the key of A# Major.

“Hot Sauce”has a catchy groove that includes chord bends that (hopefully) give this chord progression a hook. I like to include things in my progressions that take the idea beyond just rhythm and lead. If the rhythm includes some spice, it helps make a progression much more memorable. 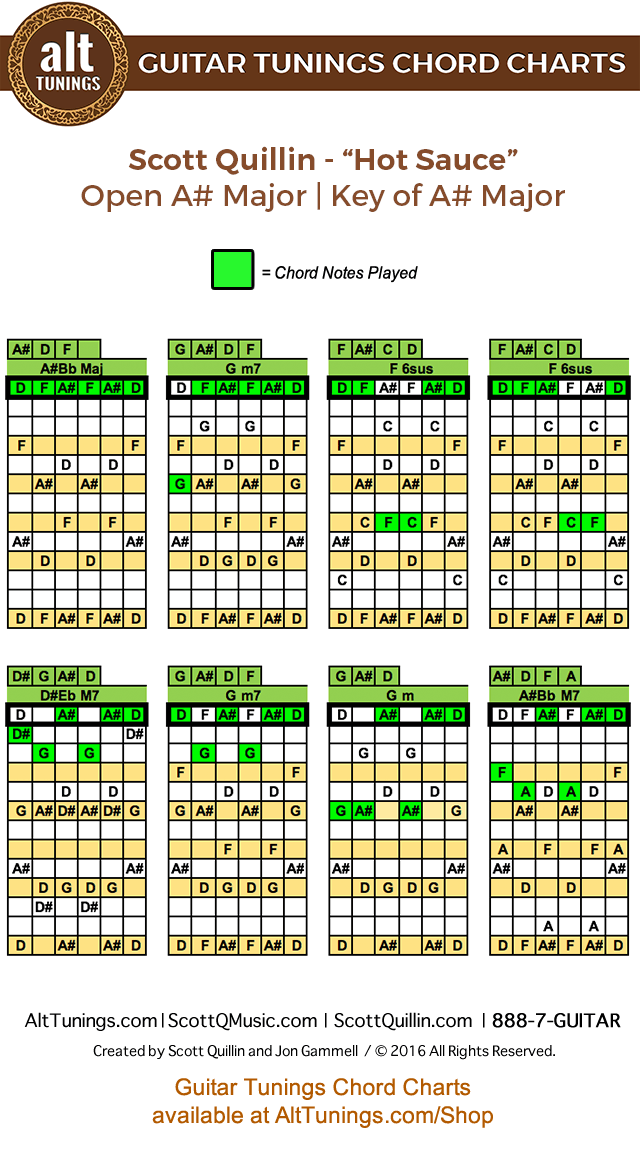 Hey Alt Tuners...it's FRIDAY NIGHT! Don't know 'bout you but it sure "Feels Like Saturday Morning,"…