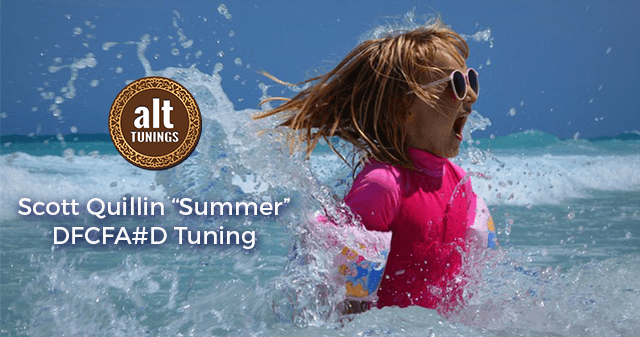 Get your FREE 36-chord Guitar Tunings Chord Charts of open tuning DFCFA#D (Open F 6sus) Tuning in the Key of A# Major below, in 4 different formats!

Tonight’s song/idea, “Summer” is in the key of A# Major.

Some ideas I share are simple and to the point. But simple doesn’t have to be boring. Tonight’s song/idea is a mid-tempo no-frills song that includes some interesting chord voicings. Hopefully it’s relaxing and captures the feel of summer for you.