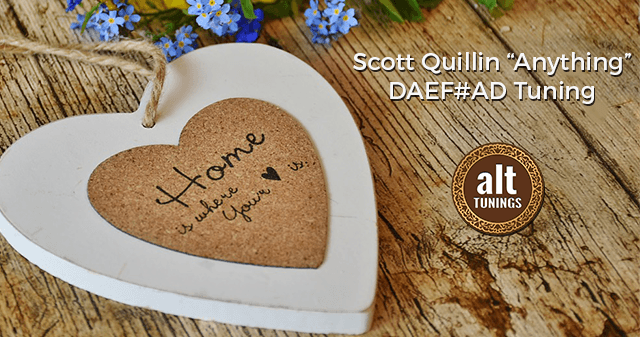 Get your FREE 36-chord Guitar Tunings Chord Charts of open tuning DAEF#AD (Open D M2/add9) in the Key of D Major below, in 4 different formats!

Tonight’s song is titled “Anything” in the key of D Major.

Once again, I’m carefully choosing to add a chord to my progression that is out of the key by one note. When I add the note G# to the D Major scale, it allows me to play the chord E9. This adds an interesting twist to my progression.

That’s one of the “MAJOR” benefits of our chord charts! And yes, pun intended. 🙂

Both the free version and full versions allow you to see all the chords that are in the scale and outside of the scale by one note from 30 different chord types. Using the chord charts allows me to save a ton of time creating progressions. Having the scale fretboard included allows me to find melody and lead notes with ease.