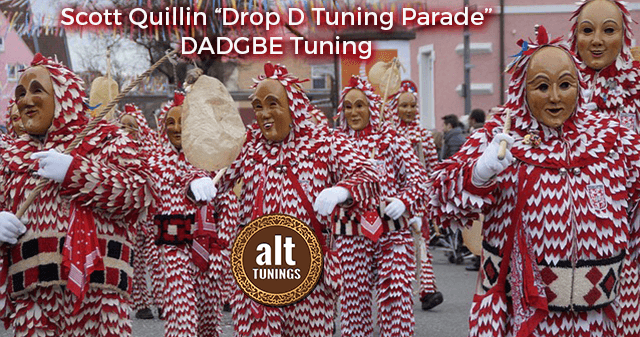 Get your FREE 36-chord Guitar Tunings Chord Charts of open tuning DADGBE (Drop D) Tuning in the Key of D Major below, in 4 different formats!

Tonight, for the first time this year, I’m playing along with drum and bass tracks I recorded earlier today to showcase the tunings in the context of other instruments. Sure, it’s a bit more work but I hope it helps the tunings shine!

The audio/video quality is better AND to top it off, I’m using a new camera angle. This will help separate the tunings visually from the first half of 2016 and the second.

The AltTunings Project is going strong for you – one tuning at a time!