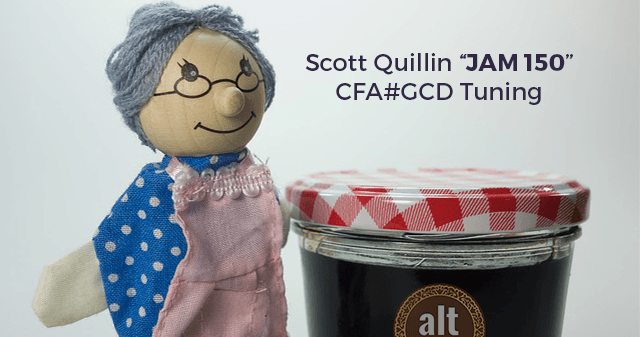 Get your FREE 36-chord Guitar Tunings Chord Charts of open tuning CFA#GCD (Open G m7add11) Tuning in the Key of F Major below, in 4 different formats!

Tonight’s song/idea/improv is titled “JAM 150” in the key of F Major.

I couldn’t decide which of the 5 ideas I had for tonight’s tuning to publish so instead of choosing, I threw a bunch of them together into this nice little jam package.

I can’t believe it’s really been 150 tunings this year. I wasn’t sure if it was even possible when I started and although it’s been challenging personally and musically, I’ve been able to do it.

Get your toast and knife…I’ll bring the jam!

Since this is a “jam” – the chords below focus only on the main riff of the improvisation. 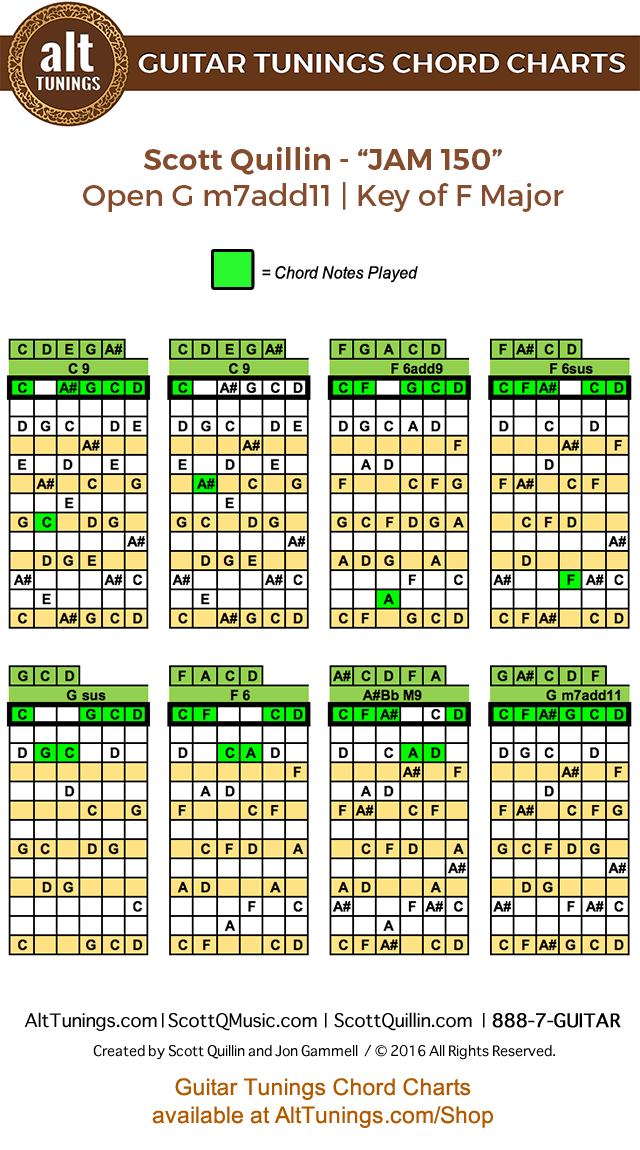