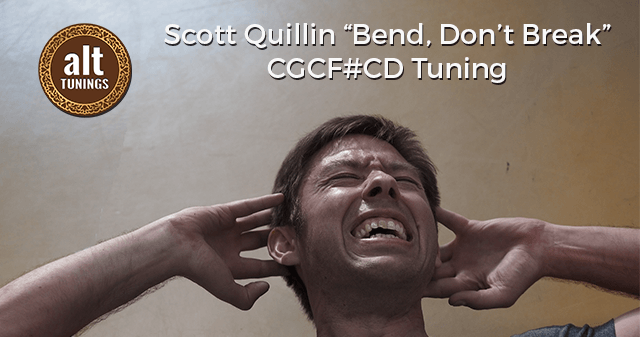 Get your FREE 36-chord Guitar Tunings Chord Charts of open tuning CGCF#CD (Open G M7sus) in the Key of D# Major below, in 4 different formats!

Tonight’s song is titled “Bend, Don’t Break” in the key of D# Major.

Earlier today, I did a Facebook Live video where I wrote song ideas live after taking tuning requests. After some fun in dark/dissonant tunings, guitarist Josh Padgett suggested CGCGCE (which I’ve already done here) but we added an F# (string 3) and D (string 1) turning an Open C Tuning into Open G M7sus Tuning.

I came up with “Bend, Don’t Break” during the Facebook Live video. Thanks, Josh! 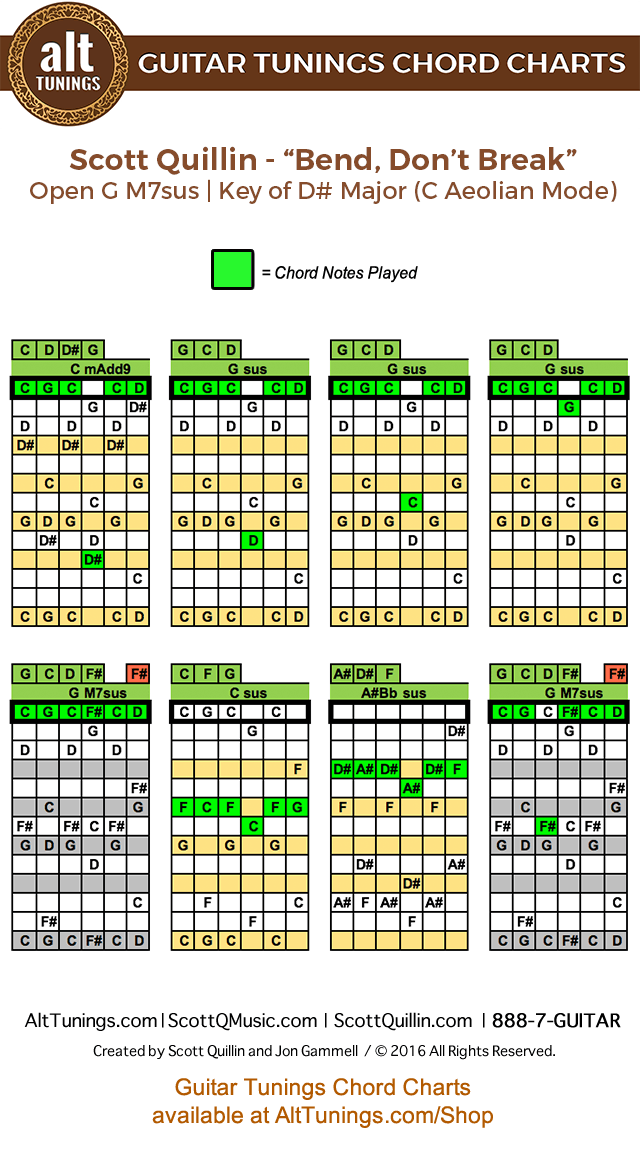