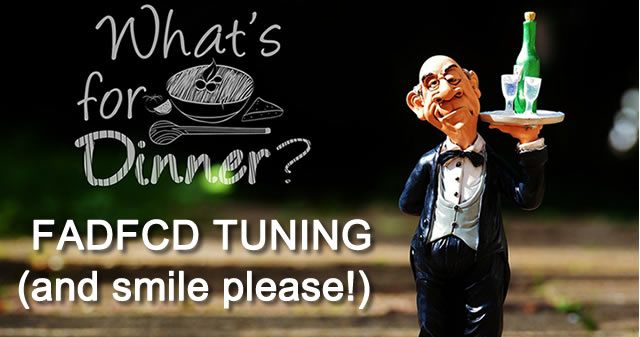 Get your FREE 36-chord Guitar Tunings Chord Charts of open tuning FADFCD (Open D m9) in the Key of F Major below, in 4 different formats!

Today’s chord progression has chords taken from the full version of our Guitar Tunings Chord Charts. One of the chords, Cm add4, is outside of the scale (adding the note D# to the scale).

Playing outside of the scale (by one note) and adding notes to chords can add really interesting twists to even somewhat typical progressions. Check out my chord progression screenshot below showing you the chords I’m playing and the finger positions.

Today’s song/idea is titled “Dinner for Two” in the key of F Major.

Here are the chords of my progression and the note locations I’m playing: 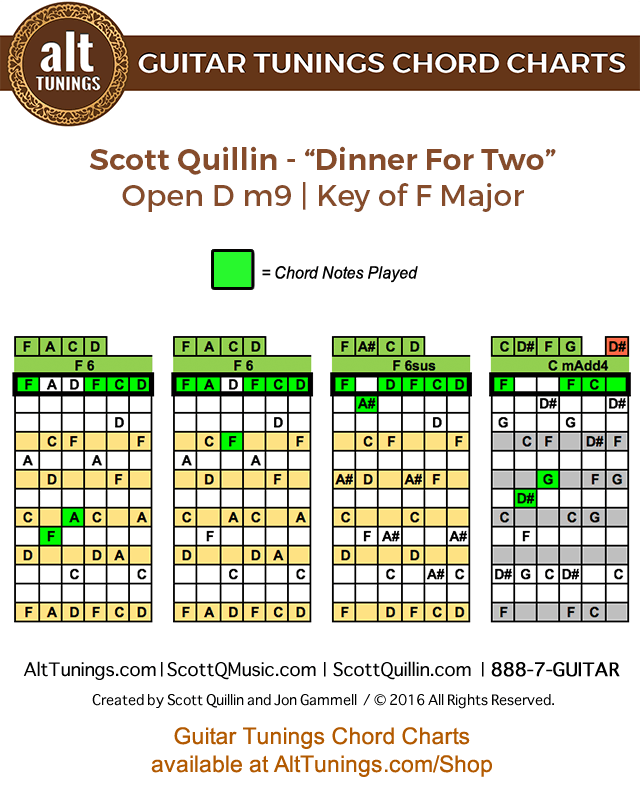