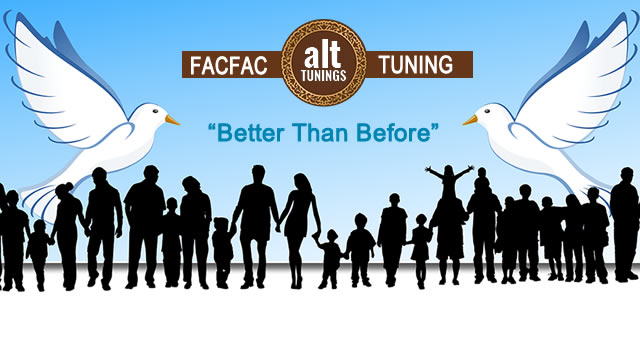 Get your FREE 36-chord Guitar Tunings Chord Charts of open tuning FACFAC (Open F) in the Key of F Major below, in 4 different formats!

I’m playing outside of the scale by adding the note “B” to the F Major scale which allows me to add the chord “A m9” to my progression. As you’ll see below, I’m also playing the “F” note (open String 6) which is a note not in the chord.

Adding notes to scales and chords opens up a lot of creativity. That’s why we’ve worked hard to bring you so many chords in our Guitar Tunings Chord Charts.

Tonight’s song/idea is titled “Better Than Before” and is in the key of F Major: 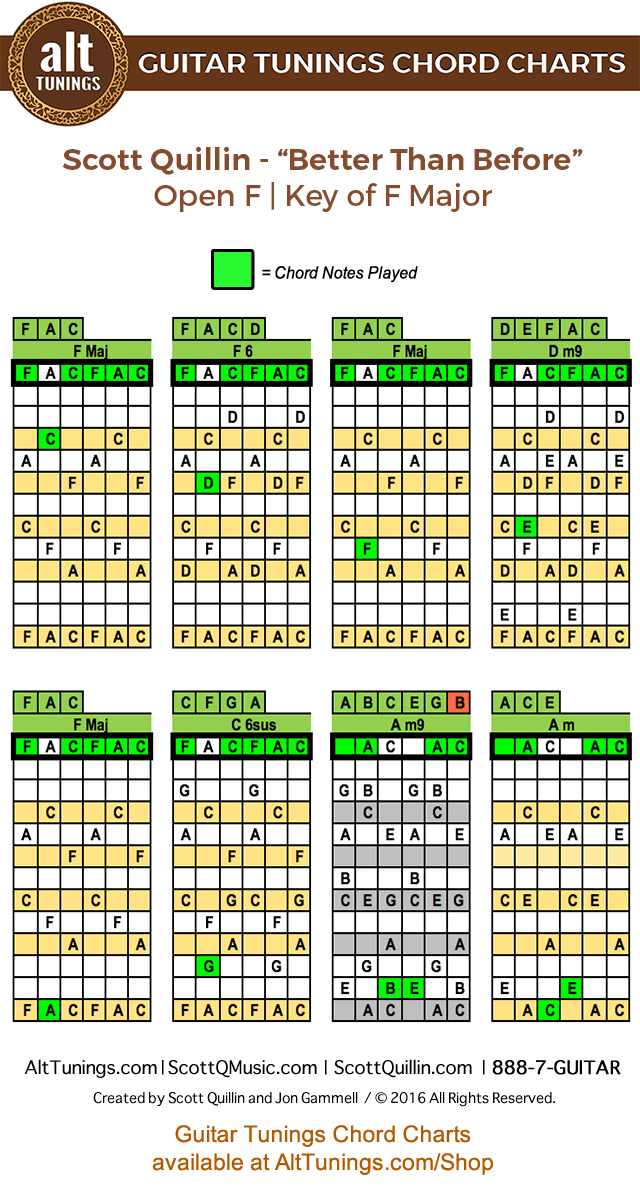