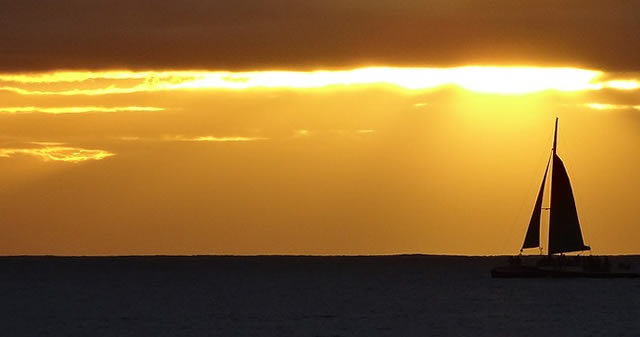 While C# minor is the open chord for both songs, the tuning for each is different.

More on that later.

The open string notes for today’s alt tuning are:

Here’s a song/idea called “Ocean Blues,” written while I was jamming in Open C#m Tuning today:

Here are the scale notes, numbers and intervals I’m playing:

As you see, I added the notes C and F to the C# Natural Minor scale.

Now, about playing the same chord but in a “different tuning”…

Even though I’m playing the same open chord as I did in “Higher” (C#m), the open string notes are not exactly the same.

While today’s open tuning is made up of only these three notes, they are used in this very specific way:

The open string notes for “Ocean Blues” are:

Here are the open string notes I use for “Higher”:

As you see, only the notes C#, E and G are used, but Strings 2 and 3 are tuned differently.

When you compare these two tunings to one another, you’ll hear that they are similar (both using the same 3 notes), but each has a very distinct sound.

Since each tuning is a unique combination of open notes, the same chord played in different tunings will create unique chord voicings.

Even if you play basic progressions using common chords heard thousands of times, playing them in alternate tunings will make your chord voicings anything but typical.

BONUS: If you play in an unknown alternate tuning, your chord voicings have the potential to be heard in ways they never have before.

Standard Tuning is STILL amazing but playing in alt tuning allows you to expand way beyond the limitations of standard tuning.

Go ahead and give this tuning a try. I think you’ll find it fun and interesting. If you come up with something, please share it!

You can listen to more of Scott’s music athttps://soundcloud.com/scottquillin.

Tonight's tuning is a modification of yesterday's tuning, "The Rain Song Tuning" aka Open Gsus tuning.…