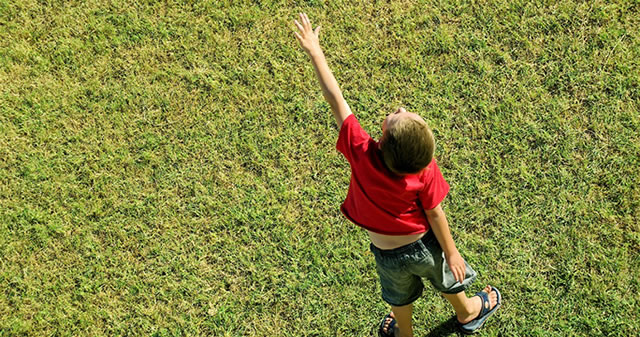 Today’s alternate tuning is Open A with the open string notes EAC#EAE in the key of A Major.

The song I play in the video below, “Arise Alive,” was written while I improvised today in open A tuning. This video also includes the melody idea I heard in my head as I worked out the chord progression. Other than the intro line – “I woke up in the rain” – there are no real words being sung. When I hear a melody in my head while I write a piece of music, I like to save that idea at the same time. I have just never shared it before!

The fretboards below the video show the scale notes, numbers, scale degrees and intervals I’m playing.

One of the reasons I love alternate tuning so much is that playing “typical” progressions sounds anything but typical. This progression has a familiar sound but most of the songs you hear in the key of A Major are in standard tuning.

Recording Tip: Try recording one guitar track using alternate tuning, then layer another track of guitar in standard tuning, playing the same chords. What a sound!

Open A tuning is also easy on the fingers. The only tricky chord for me at first was playing the chord B minor, because of the following finger positioning:

*This is a partial barring across Strings 5 and 4, while not muting Strings 2 and 1, which are ringing open.

The final chord is playing the harmonics on Fret 12 on all the strings.

I hope this tuning and song inspires you to come up with something that expresses your style and your ideas.

Today’s alternate tuning is Open A M7 with the open string notes: E A C# G#…